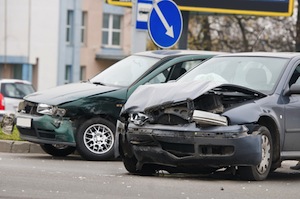 Although auto accidents in Boston are an everyday occurrence, those involved often find themselves traumatized. In a blink, their lives have changed, and they now grapple with devastating losses and injuries. Far too often, motor-vehicle accidents occur because of negligence or recklessness of another person or company.

Victims must often fight amid mounting losses, which include missed work, hospital bills and medical expenses. Our focused, driven and experienced legal team is dedicated to pursuing maximum compensation for your injuries and losses.

We represent victims of all types of Massachusetts traffic collisions, including:

We recognize while the word “accident” is used heavily in these circumstances, very rarely are there situations where no one is to blame. In fact, according the National Highway Traffic Safety Administration, one-third of all motor vehicle crashes and fatalities are attributed to drivers who were drunk. Another third can be traced to a driver who was excessively speeding or traveling at a pace that was unsafe for conditions. Additionally, 20 percent of all crashes involve some type of distraction; Among teens, it’s even worse – about 60 percent of all crashes involve distraction, according to a recent AAA study.

We are committed to holding accountable responsible parties and working to ensure our clients recover damages as they fight to reclaim their lives.Massachusetts Traffic Statistics

The NHTSA reports there were 0.62 fatalities per 100 million vehicle miles driven in Massachusetts.

Of the 349 traffic deaths reported in 2012, a total of 123 were attributed to drunk driving incidents. Another 106 were blamed on excessive speed. Motorcyclists accounted for 51 of those killed (a highly disproportionate number) and pedestrians accounted for 72 of the total. There were also 15 bicyclists killed that year.

Trucks, from pickups to light truck to tractor-trailers, accounted for 16 percent of those vehicles involved in deadly crashes. Accidents involving these vehicles tend to be more severe simply because of their size. Those using other modes of transportation are not as well protected, and force of impact can often have devastating consequences.

About 70 percent of all crashes in Massachusetts are single-vehicle accidents. This does not mean compensation is not an option. Passengers in particular may have options for recovery in single-vehicle accidents, where they may seek coverage not only from the driver’s insurance, but also from their own uninsured/underinsured motorist coverage.

If you have been involved in a motor-vehicle accident in Massachusetts, we encourage you to contact our Boston injury lawyers for a free consultation to discuss your rights. The earlier in the process we accept a case, the more readily we will be able to seek appropriate compensation on your behalf.

Some of the actions we take can include:

While many cases do result in an out-of-court settlement agreement, we will not settle if we believe you would be better served by taking the case to trial. Whether it’s a single-vehicle crash, a bicycle accident or an accident involving an industrial tractor-trailer, we have the resources and the skills necessary to see your claim through to the best possible outcome.