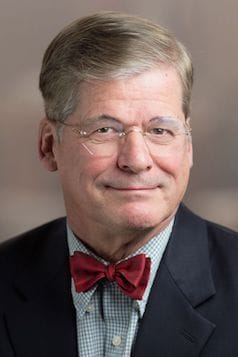 His training at Burns & Levinson occurred under founding partner Tom Burns. He is also a former founding partner at the Boston law firm of Donovan Hatem, LLP, where he served as a charter member of the firm's Executive Committee and chair of its IT group. Except for a 17 month sabbatical spent in the public school educational field after leaving Donovan Hatem in 2008, Clint has been practicing law in Massachusetts since 1974. He has been specially admitted (pro hac vice) on a number of occasions to try cases in several other states. He is admitted to practice and has years of experience in the Massachusetts Superior Court system as well as the United States District Court for the District of Massachusetts, along with experience appearing before the Appeals Court of Massachusetts and the Supreme Judicial Court of Massachusetts. He is also admitted to practice before the the United States Court of Appeals for the First Circuit and the United States Supreme Court.

He has successfully tried, mediated and settled cases involving catastrophic injuries in the multi-million dollar plus range. One case, a "dram shop" case against a liquor establishment, achieved a $14 million jury verdict. Another case, involving medical malpractice, resulted in a settlement of $9.02 million. A motorcycle injury case resulted in a $3 million settlement on the eve of trial. A failure to diagnose stroke case resulted in a $3.5 million settlement at mediation. A construction site injury case that occurred at Logan Airport resulted in a multimillion dollar verdict. He has tried, mediated and settled many 7 figure medical malpractice and product liability cases on behalf of seriously injured clients.

Clint specializes in the preparation, presentation, settlement and trial of major cases that demand the extra measure of preparation coupled with many years of experience and skilled oral advocacy.

Clint has been rated Martindale-Hubbell "AV® Preeminent™" for over 25 years. The "AV® Preeminent™" rating is an honor that means the attorney has achieved the "Highest Possible Peer Review Rating In Legal Ability & Ethical Standards." It is "solely based upon peer review, attests to a lawyer's legal abilities and professional ethics, and reflects the confidential opinions of the Bar and the Judiciary." Martindale-Hubbell (Est. in 1868) holds itself out as "The most trusted rating system for legal ability and ethical standards."

Clint is also a member of the American Board of Trial Advocates ("ABOTA").

ABOTA (Est. in 1958) is a national, invitation-only association of highly experienced trial lawyers and judges who are recognized by their peers as displaying the "highest levels of professional skill, civility and integrity." ABOTA is dedicated to defending the American civil justice system. Invitation to membership in ABOTA is one of the highest honors a trial lawyer can receive.

In addition, Clint has been selected to the "Super Lawyers List" since 2004.

The "Super Lawyers" List is issued by Thomson Reuters, a Canadian multinational and mass media corporation, and purports to be a list of the most outstanding top 5% of all the lawyers in each state. A description of the selection methodology can be found at Super Lawyers website.

No aspect of this Super Lawyers advertising has been approved by the Massachusetts Supreme Judicial Court.

American Board of Trial Advocates (ABOTA) # N.A.
Member Since: 2019